New Boiler with Installation from only £9.99 a month

The media has been full of stories recently about a potential BAN on gas boilers by 2035.

In new homes, the plan is to bring that date forward a decade.

We’ve had loads of enquiries already about the various greener alternatives and in fact, we are installing a hydrogen boiler for a customer this week - this is seriously clever kit.

However, take-up of the new greener tech might prove a step too far for many households, unless there are incentives as they can be rather expensive, depending on your set-up. 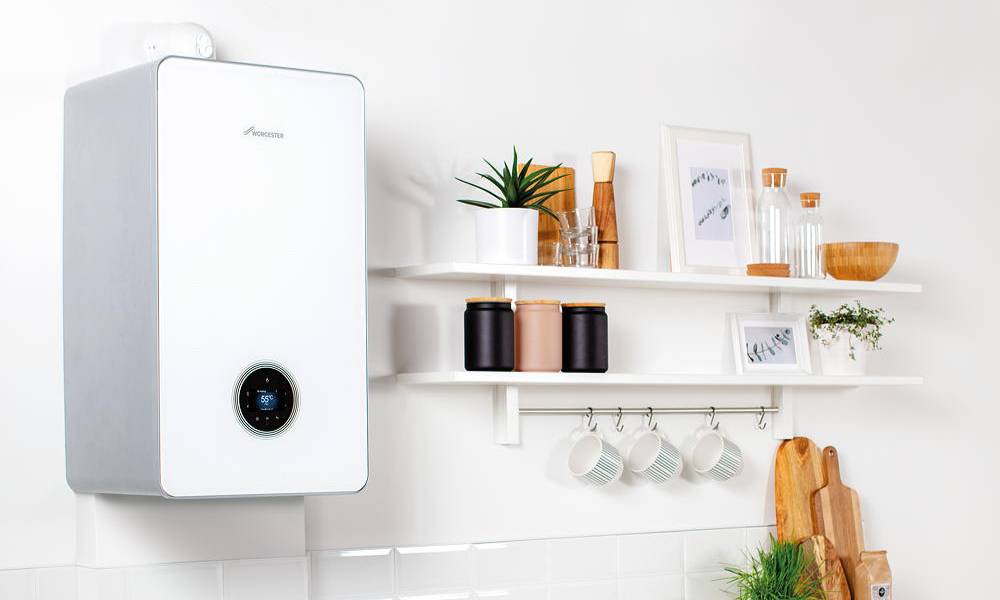 Well, there may be good news on the horizon.

“pay households up to £7,000 to replace their gas boilers with energy efficient

alternatives as part of the drive towards net-zero.”

If you have an airlock in your system, then you might have the following problems:

At Prime Time Boilers, the team has been expecting an announcement for some time on this. In fact, the industry was initially expecting the figure to be closer to a maximum of £4,000 to make the nation’s homes more eco-friendly.

With more than half of Brits saying they cannot afford the heat pumps which are the likely swap for the traditional gas boilers, this latest news is a HUGE boost.

It almost doubles the cash on offer to help make our homes more energy efficient and sustainable, as we do our bit to help the planet.

Don’t get too excited just yet, this is still being considered by Boris and Co but it does sound positive.

In the UK, hydrogen boilers are still in the testing phase but we’ve got our hands on some incredible kit that is the first “hydrogen ready” boiler in the UK.

I was really concerned about getting a new boiler by a company I found on the internet. We need not have worried in fact quite the opposite. Excellent communication, great price, lovely office staff, fantastic installation team. No mess, no bother I just wish that we had done it years ago. They moved the boiler out of the kitchen into the airing cupboard, silent boiler fabulous shower pressure no tanks in the loft. They stayed until about 9 pm to finish the job that day. We can't thank you enough.

My experience with Prime Time Boilers has been truly excellent all the way. My old boiler was deemed dangerous to use at this year check-up; I called Prime Time Boiler, a very experienced engineer came to visit us and gave us advice on which boiler to buy according to our type of house and family needs; very soon after we had a brand new boiler and cylinder tank replaced by two professional and polite workers. We have also set up a yearly boiler protection plan. All was at convenient prices compared to what other companies were offering. Thank you.

Excellent job done by Ray, Jack and Mitch to install my new Worcester Bosch Combi Boiler. The job was a conversion from a conventional system and involved moving the boiler from downstairs to the upstairs airing cupboard and taking the flue up through the roof. Routing the condense pipe to avoid the possibility of freezing in winter was also a complicated job but well done. New gas lines were installed and all the old iron gas pipes were disconnected and made safe. All the work was performed in a highly professional manner and I am very satisfied with the new boiler.

Great service all round, had a friendly site visit to assess the issue of having to install a new boiler and flu which was tricky to due to flat above. They were knowledgeable and competitive and the payment plan was perfect for our needs. The actual installation was very quick the engineer was very professional and tidy so happy days. We hope to get another job sorted with them soon for a different property.

Included with your new A Rated Boiler 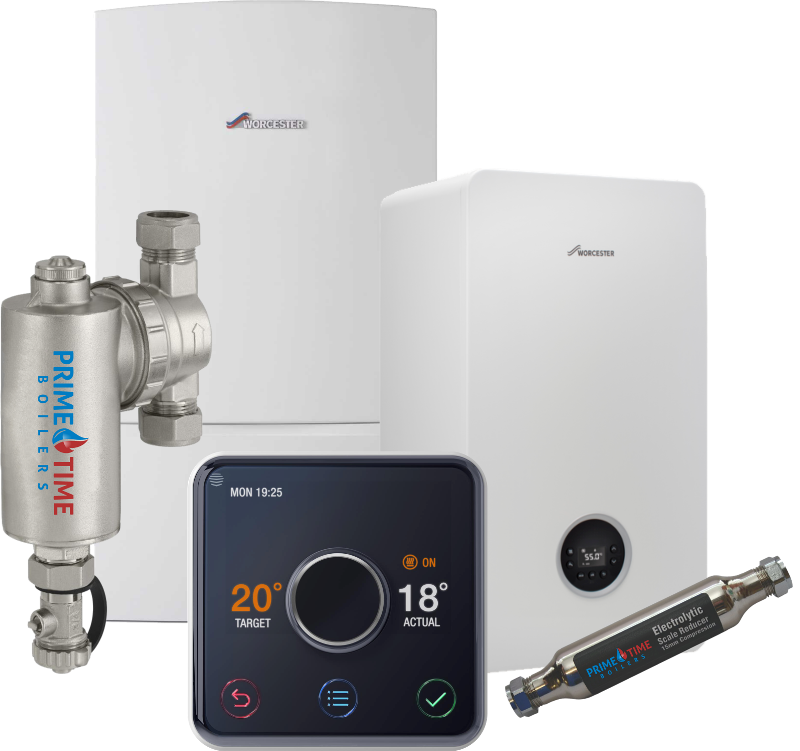 Professional Installation
Every single installation is carried out by Prime Time Engineers who are experienced, gas safe qualified, professional, tidy and friendly.

Chemical Flush
We will perform a Chemical Flush on your central heating system to rid it of any sludge and debris, prolonging the life of your new boiler and helping it to run more efficiently.

Here at Prime Time Boilers we are boiler installation specialists. We supply and install Premium A Rated Boilers 24/7 365 days a year, whether you need a Combination Boiler, a Conventional/ Regular Boiler or you want to remove your cylinder and upgrade your current heating system to a combination system we are here to help. We even supply and install radiators too!

Every single installation is carried out by Prime Time Engineers who are Gas Safe registered, fully qualified, experienced, tidy, friendly and professional. We work hard to maintain the highest level of customer satisfaction which can be seen from the wonderful reviews customers leave us. We are able to offer you a seamless and hassle free experience from start to finish with flexible 0% APR payment options and warranties of up to 12 years.

If your boiler is broken and its an emergency we can even offer you Installation slots within 48 hours of your enquiry.

All you have to do is enter some property information and details into our calculator and you will be taken to your instant quotation. For your convenience, one of our experts will also email you a copy of your quotation within a couple of minutes so please remember to check your inbox!

Get Your Instant Quotation Now

With our choice of flexible payment options you can have an A Rated Energy Efficient Boiler installed from as little as £9.99 a month†, we also offer an Interest Free Option and a Buy Now Pay Later option meaning you can have your boiler replaced today and pay for it in a years time!

Our Boilers come with a 12 year Parts and Labour Warranty direct from the Manufacturer! Meaning you can rest assured that your new Boiler is in safe hands, if you have any problems we are here to help and will be for the lifetime of your boiler.

Turn your home into a SMART home, our Hive SMART Thermostat learns your family’s heating patterns and adjusts the heating to suit you. Giving you even more savings off your energy bills!

Book a FREE assessment today and one of our friendly and experienced surveyors will come and visit you at your home at a time that is convenient to you. 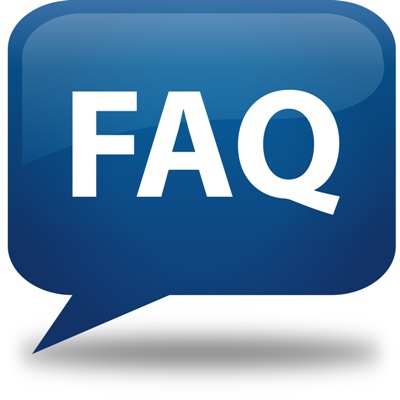 + How much will it cost to replace my boiler?

We get asked this question more than any other. This is why we created our instant online quotation tool, to help our customers get an instant quotation. The tool considers your needs and gives you a personalised quotation based on the information you have provided.

+ I have no heating or hot water! How quickly can my boiler be replaced?

If your boiler is broken down and you are without heating and hot water, we will class this as an emergency and will aim to get your new boiler installed within 24 hours of acceptance of our quotation.

+  How long is the warranty on the boilers you supply?

Our Boilers come with a 12 year Parts and Labour Warranty direct from the Manufacturer! Meaning you can rest assured that your new boiler is in safe hands.

We offer a range of flexible finance packages meaning you can spread the cost of your new boiler over a period of time that suits you. We can offer this with no deposit if needed. If you would not like finance this is not a problem, cash or cheque is fine!

+ What qualifications do your engineers have?

Each and every one of our engineers are Gas Safe Registered meaning you are in safe hands with us. Our team have years of experience within the industry. Life is stressful enough without having to worry about your boiler so please leave this worry to us!

A new Energy Efficient A Rated Boiler could save you a massive amount off your gas bill compared to an old boiler, combine that with our energy saving smart thermostats and you could be looking at a big decrease in your monthly bills.

We will perform a Chemical Flush on your central heating system to rid it of any sludge and debris, prolonging the life of your new boiler and helping it to run more efficiently.

To carry out our work we only use experienced and vetted Gas Safe registered engineers to ensure all our work is carried out to the highest possible standard, meaning that the engineer that carries out your installation will be an experienced tradesmen and will be able to carry out an excellent job from start to finish. He will also help with any questions you may have on the day.

Our Gas Safe registered engineers have carried out thousands of boiler installations between them and have a wealth of knowledge suitable for any heating system. Our whole team has the benefit of being able to tap into this wealth of knowledge which can help us provide a better overall service to our customers.